Still Down but with Great Hair

Sorry I haven't posted in a while, ever since I broke my wrist, typing hasn't been my top priority. Over the past week though I have become slightly faster typing with one hand and I have been inspired to blog. For those of you who are interested, here is my cast... 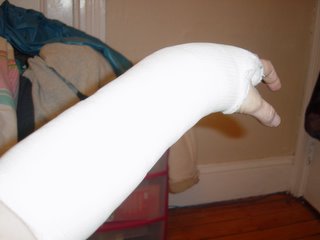 I haven't been completely bedridden though, I was able to join in the birthday festivities for my housemate's turtle Filbert. Filbert's friend J bought him a hideaway. 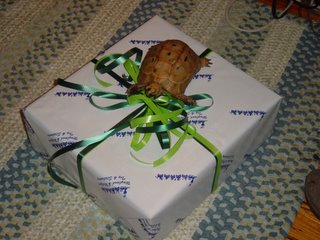 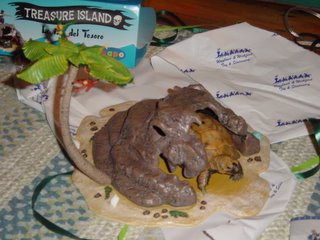 Filbert really liked it. :)
Starting Monday I am going on my insane interview trip for grad school. Since I am a major procrastinator, I finally got around to getting my hair cut, trying on my suit (with my cast), and deciding if I had shoes that would work with the suit. Luckily, my suit works with cast (I don't need to fix the jacket or anything), plus Filene's was having a massive shoe sale and I bought two pairs of ankle boots for under $50. My haircut was pretty cool too. The cut wasn't too exciting, but check out how much hair that got cut off! 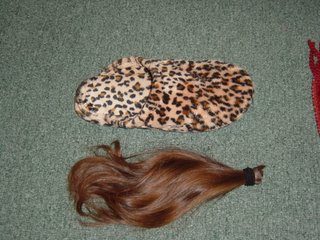 Ten inches! He cut off ten inches of hair! I tried weighing it on my scale but it didn't register. That was slightly disappointing considering once the hair was cut it felt like I had lost five pounds.
In knitting news, I have done nothing but look at pattern books. I tried to cast on my Olympic socks and my wrist began to throb. I took that as a sign and stopped. My cast comes off in three weeks and I shall have more exciting knitting news then.
-SAK
Posted by silverarrowknits at 11:16 PM